Review: The Evolution of Mara Dyer by Michelle Hodkin 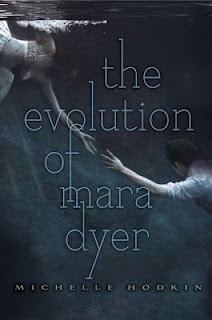 Mara Dyer once believed she could run from her past.

She used to think her problems were all in her head.

She couldn’t imagine that after everything she’s been through, the boy she loves would still be keeping secrets.

In this gripping sequel to The Unbecoming of Mara Dyer, the truth evolves and choices prove deadly. What will become of Mara Dyer next?


Okay, Michelle Hodkin. Go ahead and make me have ALL THE FEELINGS.

I'll admit, I was a bit nervous reading this book. Although I was a huge fan of The Unbecoming of Mara Dyer, the direction it was taking had me worried. And as I started reading The Evolution of Mara Dyer, my fears increased. There were lots of outcomes to this story and I wasn't liking some of them. But, I was naive to doubt Hodkin's skill, because she had a plan all along (and a brilliant one at that). This novel was engrossing. Putting it down was simply not an option.

Mara Dyer is a brilliant narrator because you never know what’s going on with her. Every word out of her mouth could be a lie, or just her distorted version of the truth. She never really knows what's happening and you get to find out right along with her (and be petrified just as she is). But the thing about Mara Dyer is that, although she’s a dark heroine, I couldn’t help but root for her. I wanted her to defeat the horrors she was facing.

There were so many different parts of this book that terrified me, but I think the most fearful part was Mara being sane and no one believing her. That she couldn’t even turn to her family for help because they thought she was insane and anything she said would only prove them right. It would be a heart-wrenching thing to endure, and one that could kill your spirit. And, at parts, it seemed to wreck Mara’s, but she stood strong. And I loved that about her.

I think this is going to shock some people, but I wasn't a huge Noah fan in the first book. Yes, he was gorgeous and funny and British, but he felt kind of a like a typical YA boy. At the end of The Unbecoming I started to see more depth to him, but I didn't get to see enough of it. But in The Evolution my opinion of him completely changed. Noah is not a typical, cookie-cutter love interest, but a complex and moving character in his own right. I loved getting to dive into his perspective (however brief) and find out just want goes on behind that mask of strength. He had countless swoon-worthy moments, and was a rock when Mara needed it most. Their relationship grew in Evolution and it was a treat to read about. Two broken people finding strength in each other. One of my favourite things that can happen in a story.

Something that I also enjoyed about this book was what intense feelings I had for the side characters. I was livid at Mara’s mother, intensely loved her two brothers, thought Jaime was even more amazing and funny than in the first book (Mara and Jamie’s banter is hilarious), and adamantly hated the antagonists. My emotions were all over the place with this book! Michelle Hodkin has a way of tapping straight into your adreline and throwing punch after punch at you. I was on edge during every page.

As a last point, THIS COVER. I mean, wow. I bow down to whoever designed, photographed, modeled, did-anything-in-creating this cover. It's stunning. Beautiful colors, amazing image and it matches! It's just so perfect I can barely handle it.

The Evolution of Mara Dyer is a dark and twisted tale, and had me guessing until the very end. Honestly, the suspense in this novel is crazy! I kept flipping the pages just knowing that it was building up for something mind-blowing. And it sure was. I think I may have loved this book more than the first. It was thrilling, heartbreaking and exceeded my every expectations.

P.S. My awesome blogger friend Kathy hosted Mara Dyer Week over on her blog and I did a guest blurb! Go check out what bloggers say their favourite thing is about the Mara Dyer series.

Find This Book: Amazon | Goodreads | Michelle Hodkin's Website
Posted by Ciara (Lost at Midnight) at 12:00 AM