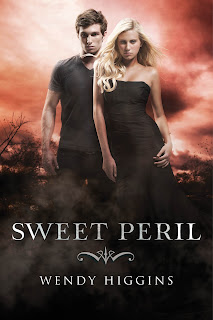 Haunted by demon whisperers, Anna does whatever she can to survive, even if it means embracing her dark side and earning an unwanted reputation as her school’s party girl. Her life has never looked more bleak. And all the while there’s Kaidan Rowe, son of the Duke of Lust, plaguing her heart and mind.

When an unexpected lost message from the angels surfaces, Anna finds herself traveling the globe with Kopano, son of Wrath, in an attempt to gain support of fellow Nephilim and give them hope for the first time. It soon becomes clear that whatever freedoms Anna and the rest of the Neph are hoping to win will not be gained without a fight. Until then, Anna and Kaidan must put aside the issues between them, overcome the steamiest of temptations yet, and face the ultimate question: is loving someone worth risking their life?

If you read my gushing-love-filled review of Sweet Evil, you'll know that I am a huge fan of this series. There's been a lot of fallen angels books out there, but Sweet Evil has such an original take on it. And these characters! Oh man, these characters are just fantastic. I actually pre-ordered this book, something I never do, because I'm really just that excited about it.

Sweet Evil was addicting and I cannot wait to get my next fix with Sweet Peril!