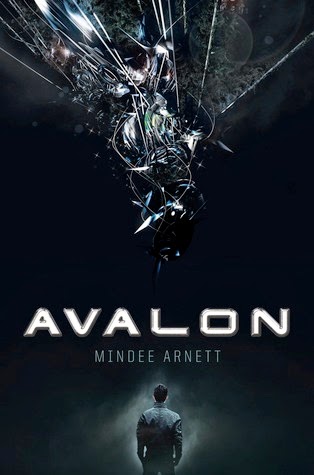 Of the various star systems that make up the Confederation, most lie thousands of light-years from First Earth-and out here, no one is free. The agencies that govern the Confederation are as corrupt as the crime bosses who patrol it, and power is held by anyone with enough greed and ruthlessness to claim it. That power is derived from one thing: metatech, the devices that allow people to travel great distances faster than the speed of light.

Jeth Seagrave and his crew of teenage mercenaries have survived in this world by stealing unsecured metatech, and they're damn good at it. Jeth doesn't care about the politics or the law; all he cares about is earning enough money to buy back his parents' ship, Avalon, from his crime-boss employer and getting himself and his sister, Lizzie, the heck out of Dodge. But when Jeth finds himself in possession of information that both the crime bosses and the government are willing to kill for, he is going to have to ask himself how far he'll go to get the freedom he's wanted for so long.

Avalon is the perfect fit for teens new to sci-fi as well as seasoned sci-fi readers looking for more books in the YA space-and a great match for fans of Joss Whedon's cult hit show Firefly. (Summary from Goodreads)


I grew up on sci-fi. My parents always had episodes of Star Trek playing on TV and made me watch any sci-fi movie they thought was interesting. My mom has a keen interest in UFOs and we're both fans of those unexplained mysteries shows. That being said, I don't read a lot of science fiction. I'm not really sure why, but I never seem to pick up those classic sci-fi books, YA or adult. I definitely think that's going to change now because of Avalon.

Avalon was addicting. I was enthralled by this story, and by this beautiful bunch of people. It had so many different things going for it! I mean, it had a freakin' space mafia. How cool is that? The premise was intense and intriguing. I could barely take my eyes off the page! Avalon had me interested from start to finish and begging for more as I turned the last page. It was filled to the brim with action and mystery and tons of heart. This wasn't just a book about space, but one about family, strength, and growth.

I did have a bit of trouble making a mental picture of this book. I had good, solid images of the characters, but the setting (the ship, stations, etc.) I had trouble picturing. I don't know if it was because of the writing itself (which I didn't have any issues with otherwise) or if it was just the lack of sci-fi books under my belt, but some scenes I just couldn't see. It left me slightly disconnected at points but, again, I don't know if it was the book or my brain!

I don't think I would've loved his book as much if Jeth wasn't the narrator. He was a bad boy with a conscience and would do anything and everything for his friends. I fell in love from the first page, and loved getting a glimpse inside his head. Watching his progression throughout the novel just made me enjoy it that much more. He was a character you couldn't help but root for, and I was cheering him on the whole way through. His relationship with his sister was so sweet and caring, and his bravery and strength were admirable. I absolutely cannot wait to see more from him. I also enjoyed Jeth's romantic relationship because it wasn't a huge element. I mean, yeah, Jeth and Sierra had something going on, but it didn't dominate the story. It was just enough to add a touch of swoon and sweetness (even if I was constantly skeptical of Sierra. I just wasn't sure about her intentions)!

My favourite thing about this book, by far, was the relationship between the characters. I love a good ragtag bunch of misfits, and Avalon's group made my heart melt. There was a beautiful dynamic between the crew. They fit together, worked together, and had such a solid bond. I loved their different personalities, their different skills, and just their banter! It was a lot of fun to read, and I'm seriously looking forward to more of it!

Overall, Avalon was such an enjoyable read. I mean, a mischievous group of kids, a narrator to cheer on, and a freakin' space mafia? What's not to love?