Waiting On Wednesday (61): The Murder Complex by Lindsay Cummings 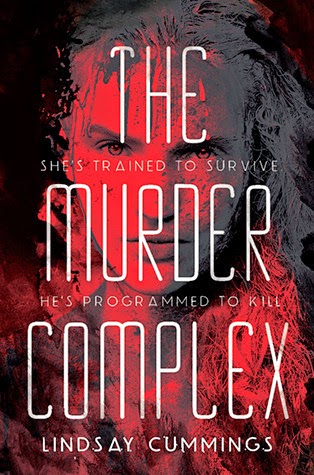 An action-packed, blood-soaked, futuristic debut thriller set in a world where the murder rate is higher than the birthrate. For fans of Moira Young’s Dust Lands series, La Femme Nikita, and the movie Hanna.

Meadow Woodson, a fifteen-year-old girl who has been trained by her father to fight, to kill, and to survive in any situation, lives with her family on a houseboat in Florida. The state is controlled by The Murder Complex, an organization that tracks the population with precision.

The plot starts to thicken when Meadow meets Zephyr James, who is—although he doesn’t know it—one of the MC’s programmed assassins. Is their meeting a coincidence? Destiny? Or part of a terrifying strategy? And will Zephyr keep Meadow from discovering the haunting truth about her family?

Action-packed, blood-soaked, and chilling, this is a dark and compelling debut novel by Lindsay Cummings.


The book community has been buzzing about this one for ages! The Murder Complex sounds like disturbing, bone-chilling, thrill ride that I seriously need to get my hands on. And that cover! Talk about creepy. I'm really happy that there is just a month left until I can get this bad boy in my hands!

What are you guys waiting on this week?