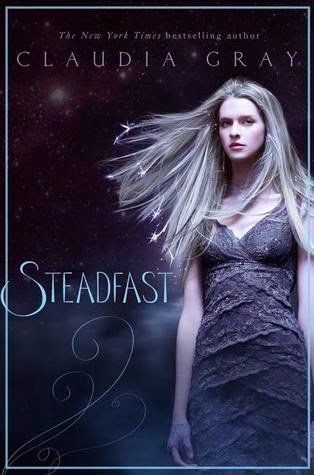 Nadia, Mateo, and Verlaine have saved Captive's Sound from the dark Sorceress Elizabeth...or so they thought. Despite their best efforts, a crack opened and a new, greater evil seeped through. With Mateo as her Steadfast, Nadia's magic is magnified and she is more powerful than ever. But there is still so much she doesn't know about the craft, leaving her open and vulnerable to a darker magic...which has begun to call Nadia's name.


I've been a Claudia Gray fan for years and I couldn't wait to read Spellcaster when it came out early last year. And, it was even better than expected! Witches, and romance, and creepy spells, and awesome friends, it was all fantastic. I really want to see where this story goes and to dive back into this intriguing world.

Steadfast is out in March! And if you're looking for a really great vampire read, check out her previous novels in the Evernight series!